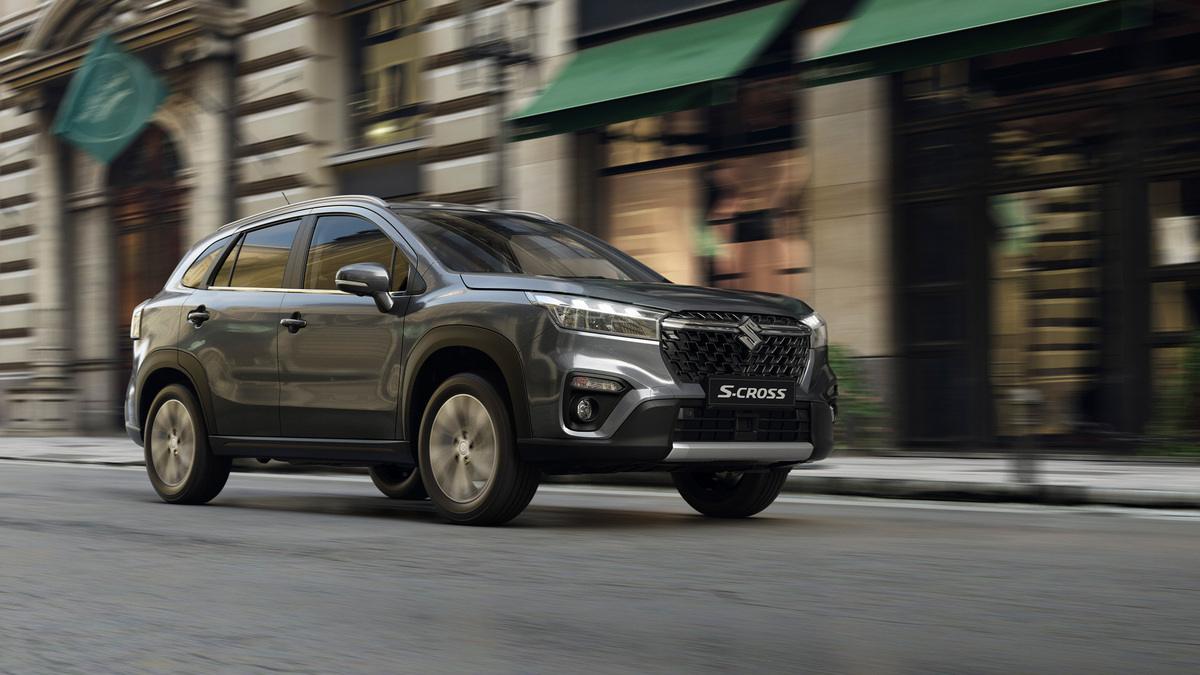 In India, the Maruti Suzuki S-Cross is the flagship in the Japanese carmaker’s lineup. Suzuki Global has now unveiled the successor to the S-Cross in the form of the new 2022 Suzuki S-Cross. The new S-Cross now incorporates a completely new exterior and interior design and features a more powerful 48v mild hybrid system as well as ADAS functionality. Here’s everything you need to know about the new Suzuki S-Cross. 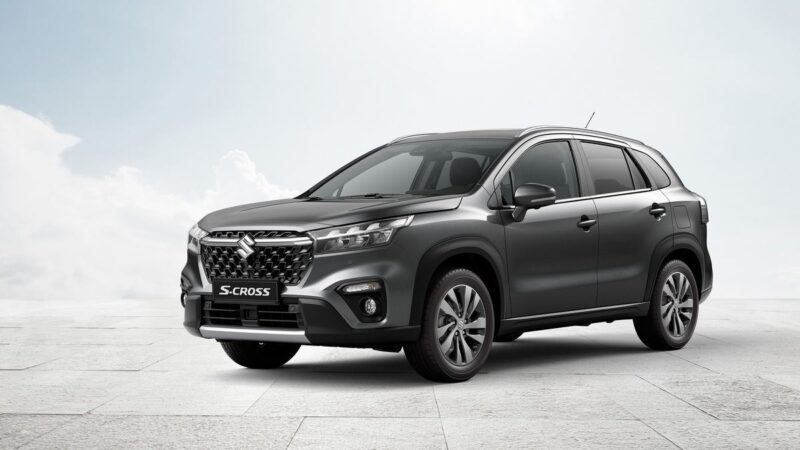 The new S-Cross has undergone a major redesign on the outside to make it more SUV-like in its appearance. This redesign now features a large front grille flanked by aggressively-styled headlamps. If the front fascia of the new S-Cross seems similar, it’s because we’ve already seen this front design on the Maruti Suzuki XL6. The aggressive, muscular front end that makes the XL6 stand out, serves the same purpose on the new S-Cross.

The SUV-like design is most evident from the cladding that is more prominent on the front and rear with the faux skid plates. In contrast, the side profile of the new S-Cross is cleaner than the current car, giving it the impression of being tall when viewed from the side. The 17-inch alloy wheels further add to the high ground clearance on offer, making the new S-Cross closer in stature to the Hyundai Creta. 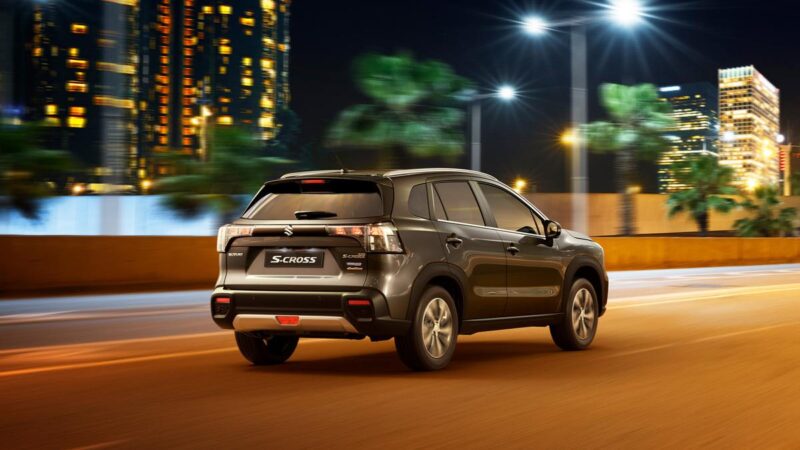 The rear has got the most dramatic redesign and is a major departure from any existing Suzuki car. The new S-Cross now sports a wrap-around tail lights that are crystalline in appearance. The flat boot lid gives way to a sloping rear window that ends at the rear spoiler. Overall, the new S-Cross is now a more appealing car for anyone considering a midsize SUV in the coming year. 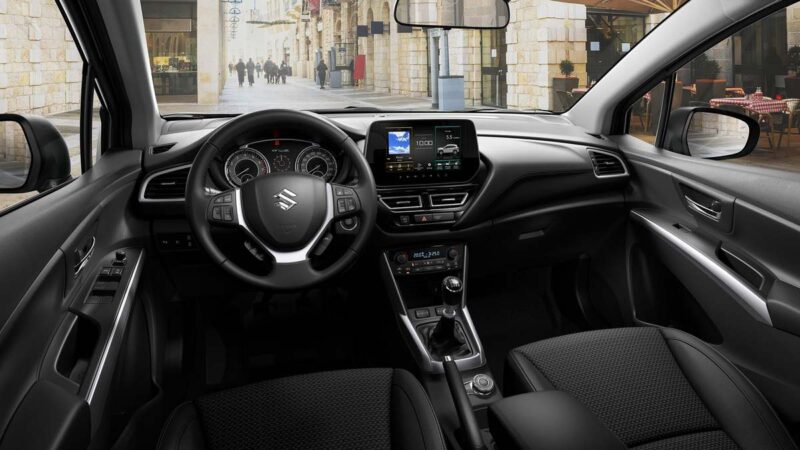 The interior of the Suzuki S-Cross has also received a major overhaul, despite many parts being carried forward from the current S-Cross. The dashboard is now more sculpted than the current car while incorporating the MID cluster from the Suzuki Vitara SUV. Another major departure from other Suzuki cars is the new floating 9-inch touchscreen infotainment display. This will help the S-Cross avoid having a dated interior, an issue the current Maruti Suzuki cars are suffering from. 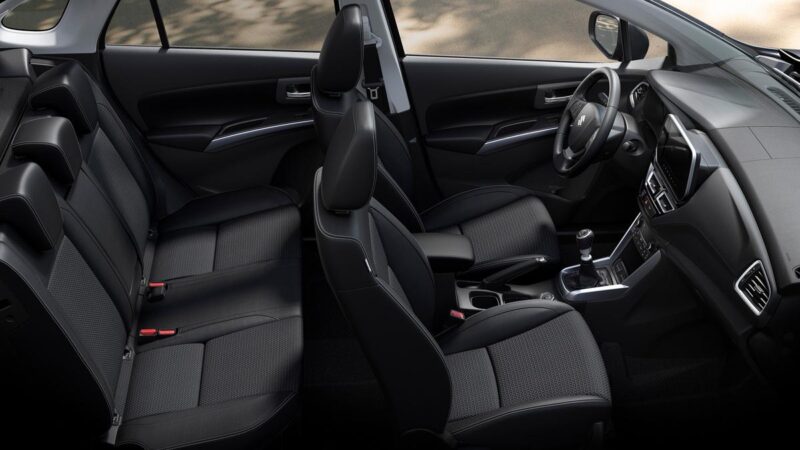 The all-black interiors of the new S-Cross retain the comfort of the outgoing S-Cross while also getting every premium feature expected today. These features will be making their way in the European models of the S-Cross, and we’ll have to wait to see which of these come to India. The new S-Cross gets a panoramic sunroof, heated front seats, and dual zone climate control, among a host of other features. If the new S-Cross provides any indication, it could signal the new direction Suzuki will be taking in the interior design, especially with cars expected to launch in India next year.

Suzuki’s global SUV offerings have the distinct advantage of being offered with the AllGrip all-wheel drive system. This is also available on the new S-Cross, which will also receive a new 1.4-litre BoosterJet turbo petrol engine paired with a 6-speed manual or torque converter automatic gearbox. This new engine produces 127 PS of power and 235 Nm of torque, giving the S-Cross ample power to drive on and off the road. To further improve mileage on the S-Cross, Suzuki will equip the S-Cross with the more powerful 48v SHVS mild hybrid system, which is designed to provide more regenerative electric power than the 12v unit available in India. 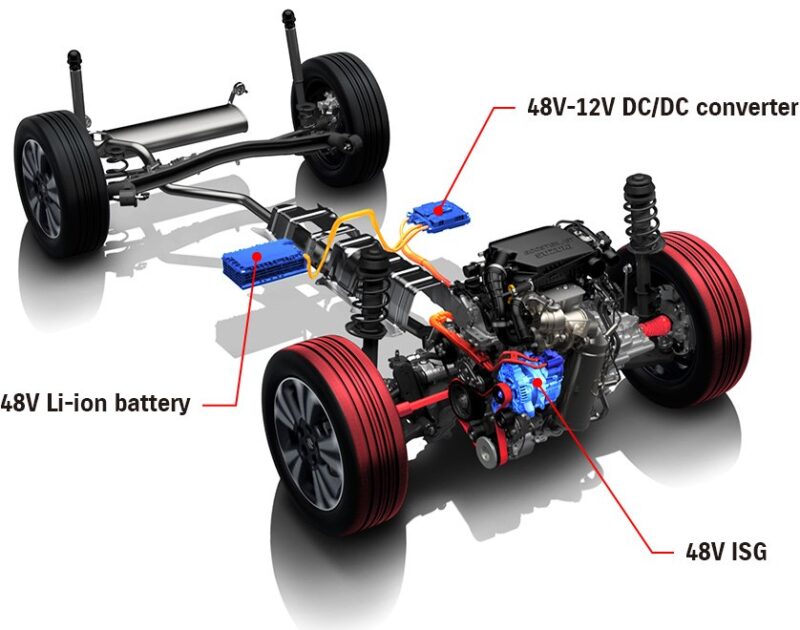 As the Suzuki S-Cross will make its debut in Europe first, it has been equipped with a host of ADAS features to assist the driver. The drive-assistance systems include autonomous emergency braking, adaptive cruise control, blindspot monitoring, and lane departure prevention. These features are more assistive in nature rather than self-driving oriented, which could make their way to India as well.

Will the new S-Cross come to India?

Rumours are rife about a major refresh of Maruti Suzuki’s entire lineup in 2022. The Baleno and the Vitara Brezza have already seen a few leaks and are strongly rumoured to be launched next year. As the flagship in Maruti’s lineup, the S-Cross can be expected to be launched in India to strongly compete against the Hyundai Creta and enter the ₹11-18 lakhs price range with a competent midsize SUV.

In terms of the feature list, the AllGrip all-wheel drive system will not be making its way to India. This is mostly due to cost concerns, which would make the S-Cross too expensive. The assistive ADAS, on the other hand, has a higher chance of being carried over, giving the S-Cross a unique value-proposition in the segment. The interiors on this new SUV should also come to India and should be coming to the premium offerings from Maruti Suzuki. You should expect to see new dashboard designs as well as the floating touchscreen on the new Maruti Suzuki cars.

If Suzuki does decide to bring the new S-Cross to India, it will be entering a very competitive market. The midsize SUV segment has exploded in recent months with the popular Hyundai Creta and Kia Seltos being joined by the Skoda Kushaq and Volkswagen Taigun. For 2022, Maruti Suzuki does need to bring a competitive product in this segment to remain relevant. This could be the S-Cross or it could be the rumoured Maruti Suzuki-Toyota midsize SUV. Either way, if you are buying a midsize SUV in 2022, you will be spoiled for choice. 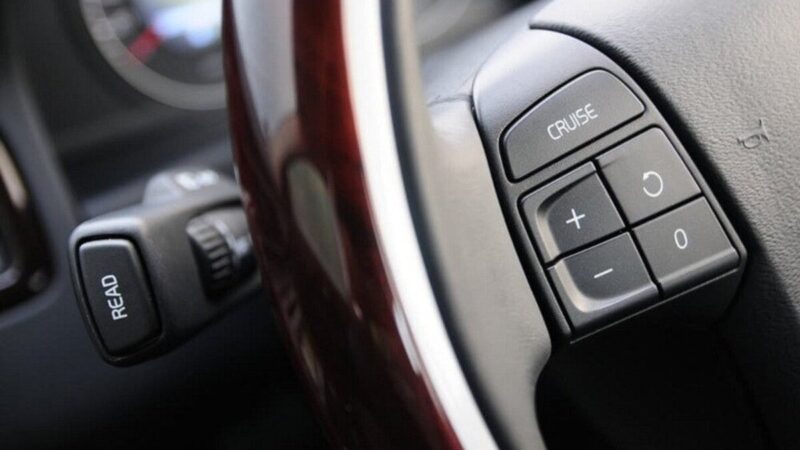 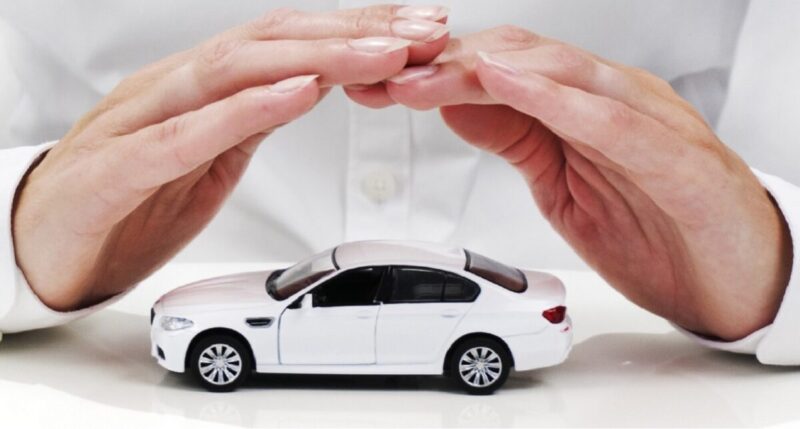 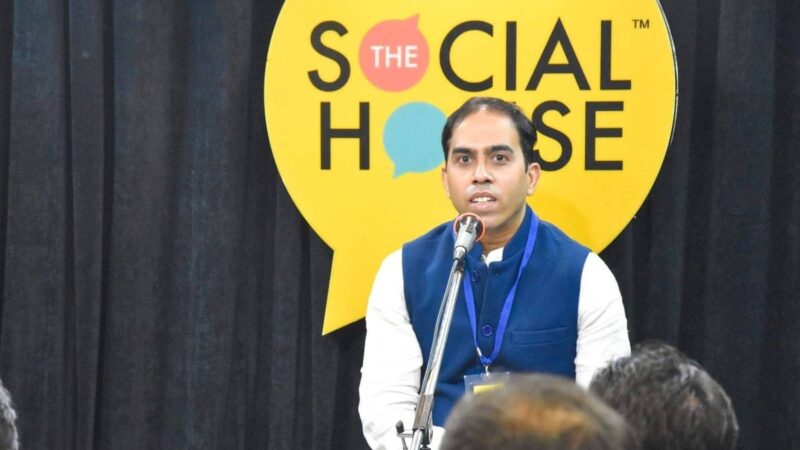 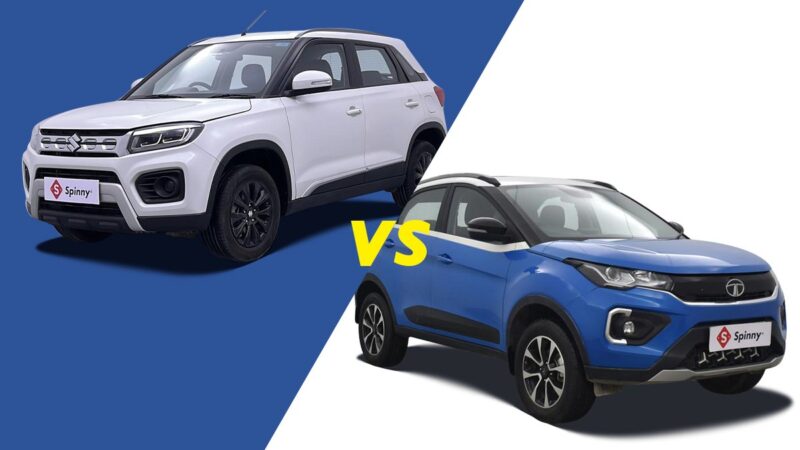 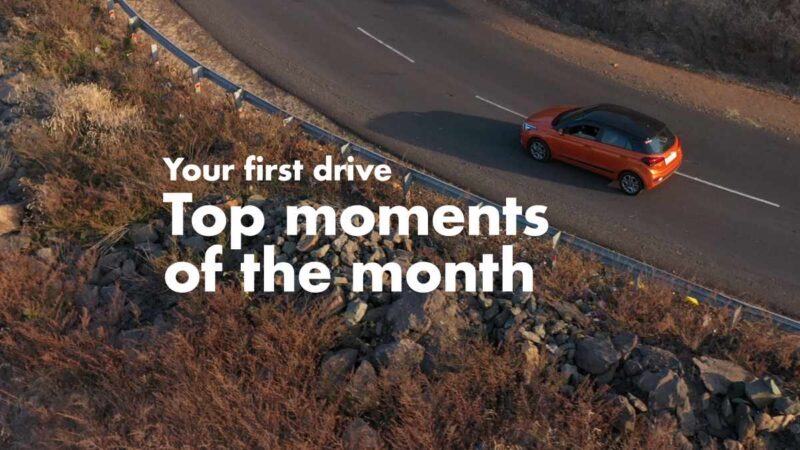 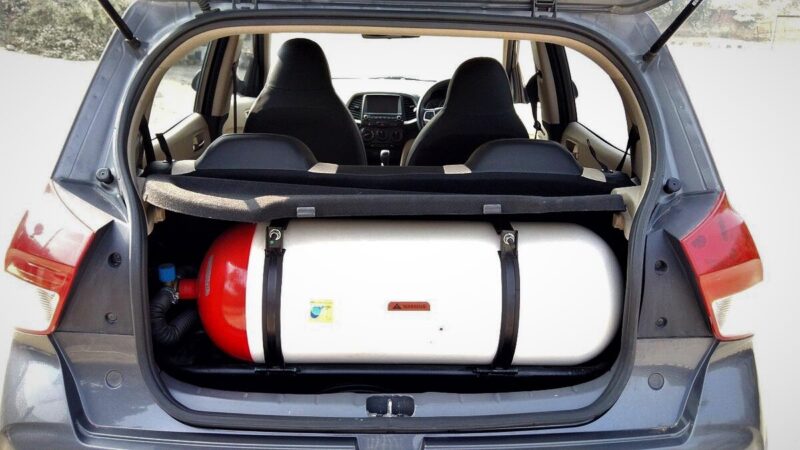