SUVs are among the most preferred cars among Indian car buyers with many cars in the segment selling more than 5,000 units every month. The segment also saw a number of new launches add more competition to the segment to cater to the growing demand for SUVs. The festivities of October, accentuated the buyers’ desire to own SUVs, making it yet another great month for SUV sales. Here is the list of best-selling SUVs in October 2022, according to Autopundtiz.

If your heart is set on buying a compact SUV, do give our compact SUVs in India a read.

The Tata Nexon beat Maruti Brezza to become the best-selling SUV in October 2022. With sales of 13,767 units in October 2022, Tata Nexon saw a 36 percent growth over its sales in the same month last year. With a 5-star G-NCAP safety rating under its belt, the Tata Nexon has remained a groundbreaking success for the Indian carmaker, ever since its launch.

The Nexon is one of the most successful compact SUVs in India for a number of reasons that we covered here. If you are wondering how the Nexon compares to its closest rival, the comparison between the Nexon and Vitara Brezza will be quite interesting for you.

The Hyundai Creta climbed one step higher in the list, becoming the second-best-selling SUV in October 2022, and the best-selling Hyundai Car once again. Selling 11,880 units, the Hyundai Creta grew its sales by 84 percent as compared to its performance during the same period last year. For its unmatched value for money and fuss-free Hyundai services, the Hyundai Creta has been ruling the segment for years. The midsize SUV comes packed with a host of premium features: a panoramic sunroof, 8-way powered driver seat, and an electronic parking brake to name a few.

The safest car in India, Tata Punch finished third on the list, selling 10,982 units in October 2022. This is a 30% growth over the 8,453 units sold during the same period last year. The Tata Punch is the most affordable compact SUV in India and is appealing for its full-size SUV characteristics such as muscular appeal, taller seating position, and a multitude of premium features.

While the Maruti Brezza lost the title of best-selling compact SUV to Tata Nexon, it comfortably garnered impressive sales figures. The Maruti Brezza sold 9,941 units in October 2022, seeing a 24 percent growth over the 8,032 units sold in the corresponding month last year. The compact SUV is in its second generation now, and the new Maruti Brezza is impressively safer and more feature-rich as compared to its first generation.

Registering sales of 9,777 units in October 2022, the Kia Seltos saw a 7 percent decline from its sales during the same month in 2021. However, the Kia Seltos is still the strongest challenger of the Hyundai Creta, and offering 6 airbags standard across all variants makes it a considerably affordable car with 6 airbags as compared to Hyundai Creta. Moreover, the SUV comes with a wide variety of powertrains and offers plenty of premium features, a head-up display, Bose sound system, and ventilated front seats to name a few.

The Hyundai Venue sold 9,585 units in October 2022, which is a 9 percent decline from its sales in the same month in 2021. All the same, the Korean compact SUV has recently been facelifted and is among the freshest and most feature-loaded options out there. Moreover, just like its elder sibling Hyundai Creta, the Venue has a wide variety of powertrains that include 1.2-litre petrol, 1-litre turbo petrol, and 1.5-litre diesel.

Mahindra’s ever-popular car, Mahindra Bolero sold 8,772 units in October 2022, up 38 percent over the sales of the same month last year. Widely popular for its off-roading capabilities as well as practicality, the Mahindra Bolero is loved enormously in rural India where off-roading is a necessity rather than adventure.

The recent entrant, Maruti Grand Vitara reached the list of best-selling SUVs in September and now has climbed up in the list. The Maruti SUV sold 8,052 units in October 2022 which are great sales figures for a newbie. Moreover, the Maruti Grand Vitara has come across as an immensely appealing alternative to the Hyundai Creta and comes equipped with options for a segment-first all-wheel drive system as well as a strong hybrid powertrain. In addition to that, there are many other attractive features such as a panoramic sunroof, connected car tech, head-up display, and a mileage of 19.38 to 27.97 km/l.

The Kia Sonet racked up sales of 7,614 units in October 2022, acquiring a growth of 40 percent over the 5,443 units it sold in October 2021. While the Korean compact SUV is due a facelift, it’s still a great value-for-money offering in the segment and packs a rich wealth of features such as ventilated front seats, air purifier, and connected car technology.

The Mahindra Scorpio sold 7,438 units in October 2022, leading to a staggering 125 percent growth over the 3,304 units it sold in the same month last year. The launch of Scorpio-N as well as the new Scorpio Classic, are the main driving force behind the rapid growth in sales figures. Though the Scorpio-N has taken the market by storm, the Scorpio Classic has always been a strong performer, especially in rural India, where it has become a status symbol.

Mahindra XUV700 sold 5,815 units in October 2022, growing its sales by 71 percent over the 3,407 units sold in October 2021. The Mahindra XUV700 has been a ground-breaking success ever since its launch. The 5- & 7-seater SUV features many enticing features such as an ADAS safety suite, a 12-speaker Sony sound system, and an all-wheel-drive drivetrain. 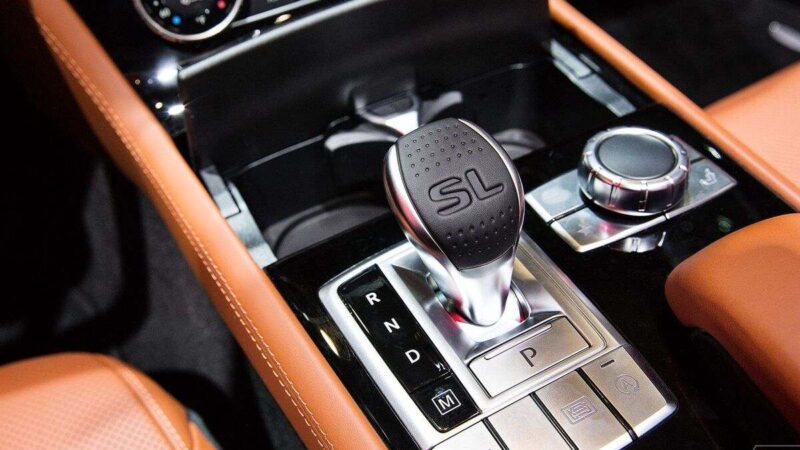