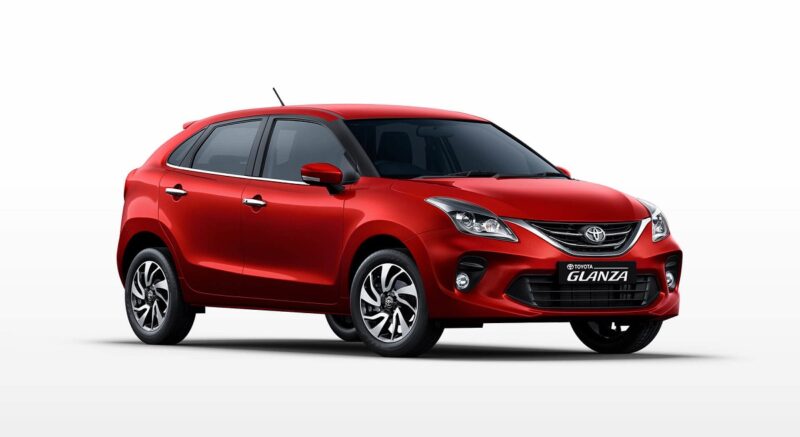 The Indian auto industry is quite a competitive place. With manufacturers putting out their best products, there is always cut-throat competition. Imagine what would happen if two of the leading manufacturers decided to collaborate. The result would be a familiar yet different car like the Toyota Glanza.

Based on the epic collaboration of Maruti Suzuki and Toyota, the Toyota Glanza is the first step towards something great. It is the first car in the Toyota-Maruti venture and is essentially a rebranded version of the Maruti Suzuki Baleno; a car that has already left quite an impression with its impressive sales figure. In this article, we will have a deep look into the Toyota-Maruti’s latest offering; The Toyota Glanza.

In terms of the looks, the Toyota Glanza is essentially a twin of the Maruti Suzuki Baleno. However, the Glanza has been given the swept-back headlights and a twin slatted grille which looks much better than what the Baleno offers. As for the headlamp design, the Glanza gets the same LED projector headlamps, while the level variants feature only guide lights instead of LED daytime running lamps. The bumper too looks the same with its black central air dam and the rounded fog lamps.

The side profile of the vehicle has been given 16-inch diamond-cut alloys. While the rest of the side bodyline features the same body-coloured ORVMs with integrated turn indicators. Similarly, the rear end of the vehicle is also identical to the Baleno with the same rounded LED tail lamps and the chrome inserts.

Even though we wish the interiors told a different story, but this is surely not the case with the Toyota Glanza’s interiors. As offered in the Baleno, the Glanza too offers the same dual-tone black and blue fabric upholstery. Moving out of a Baleno and into a Glanza, you wouldn’t notice any substantial change other than the Toyota logo on the steering. Moving on to the dashboard, the layout remains the same, featuring the large air-con vents with silver bezels and a glossy black frame for the infotainment system.

In terms of features, the Baleno’s instrument console was quite the talk of the town when it first launched and based upon the same line, the Glanza features the same 7-inch touchscreen infotainment system that offers the Smart Play cast Audio, with Apple Car Play, Android Auto, and Mirror Link as standard. The Toyota Glanza interior is also equipped with automatic climate control and a smart twin-pod instrument cluster with an informative MID unit. For comfort and convenience, the Glanza offers a tilt-adjusted steering, 12V power sockets at the front and rear, height-adjustable driver seat and power windows with a one-touch up and down feature. The leg and headroom for both the front and rear passengers are pretty decent, while the boot space offered is 339 litres.

The heart of the Glanza is dominated by a 4-cylinder engine equipped with a mild hybrid system. Down below the chassis sits an Integrated Starter Motor and a battery pack placed at the back. Coming to the power, the Glanza is pumped by either by the new 1.2 litre BS6 compliant Dual Jet mild-hybrid engine that makes 90PS of max power and 113Nm of peak torque or the regular 1.2-litre BS6 compliant engine that makes 83PS of power and 113Nm of torque. In terms of the transmission, the Dual Jet Mil-Hybrid engine is mated to a 5-speed manual transmission while the regular 1.2 litre comes with either a 5-speed manual or CVT gearbox. Depending upon the transmission type, the Mild-Hybrid engine can return a max mileage of 23.87 kmpl while the regular 1.2 litres can return a max mileage of 21.01 Kmpl.

Coming to the safety department, the Glanza comes with Twin airbags, ABS with EBD, ISOFIX anchors and rear parking sensors as standard. The overall ride quality of the Glanza is pretty good as thanks to its pliant suspension and decent handling characteristics. The visibility is great while the handling is pretty sturdy.

A first step towards the Maruti-Toyota venture, the Toyota Glanza offers the same comfort, convenience, style and performance as the Baleno. But what makes the Toyota Glanza different, is its warranty offerings. The Toyota Glanza is sold with a three years/one lakh km warranty as compared to Maruti Baleno’s two years/40,000km warranty. And if that’s not all, one can also extend the warranty to a 2 year/two lakh twenty thousand km, thanks to Toyota’s comprehensive warranty plans.

Despite being the Baleno’s twin brother, the Toyota Glanza has been competitively priced to match its hatch competitors like the Maruti Suzuki Baleno, Volkswagen Polo, Hyundai Elite i20, Tata Altroz, etc. The Toyota Glanza comes in 2 different variants and 5 different colours to choose from. With a starting price of ₹6.98 lakh going all the way up to ₹8.9 lakhs (ex-showroom Delhi), the Toyota Glanza is a promising purchase.

Even though the Glanza is a recent launch, the sheer diversity of the pre-owned car market makes it easier for you to grab one. Typically a pre-owned Toyota Glanza can be purchased from a pre-owned dealership for an average price of ₹5.5 to 6.5 Lakhs.

Giving an edge to the Toyota Glanza, are the stylish bodyline, premium and feature-full interiors and Toyota’s eye-catching warranty plan. And to add a cherry on top don’t forget that the Toyota Glanza is powered by Maruti’s tried and tested 1.2-litre engines that return an impressive mileage of up to 23.87 kmpl. 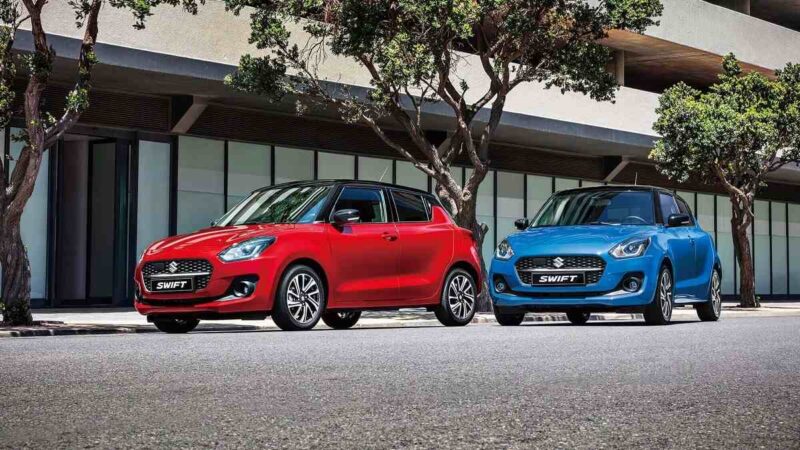 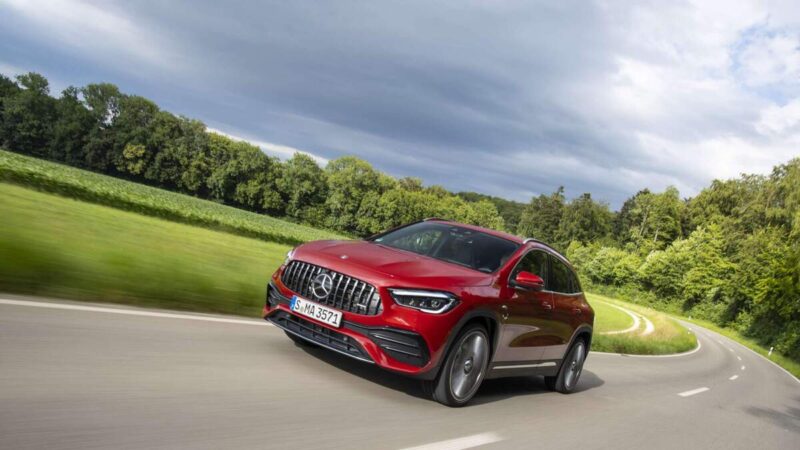 Best Cars Under 50 Lakh in India