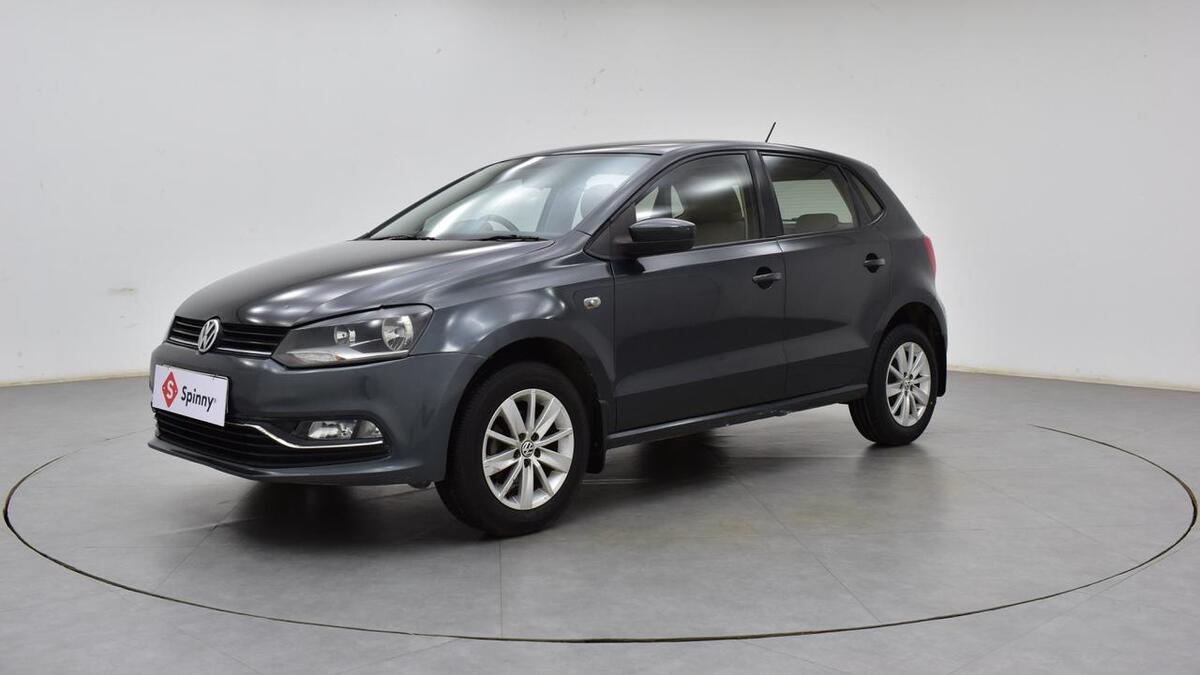 Should you buy a pre-owned Volkswagen Polo?

When it comes to hatchbacks, the Volkswagen Polo is a car that is always recommended. As a new car, the VW Polo is a car that demands a premium for its German build quality and sporty performance. For a car that has been around for more than 10 years, the premium may not be so attractive. However, the long production run of the Polo means there are a number of great quality used VW Polo cars to choose from. The question then, is should you buy a used VW Polo in 2021?

Why you should consider the Volkswagen Polo

As a hatchback, the VW Polo is one of the most compelling cars to consider when looking for a capable car to own. Although the Polo is a 12 year old car, there are still very compelling reasons to consider the Polo as your next car in 2021.

One factor that makes a pre-owned Volkswagen Polo a vehicle worth buying are its power-packed, diverse and efficient engine choices. In its initial years, the Polo was offered with a 1.2-litre petrol engine mated to a 5-speed manual returning 16.47 kmpl. The diesel on offer was a 1.2-litre TDI diesel engine mated only to a 5-speed manual that returned 22.08 kmpl of mileage. In the second half of 2010, a 1.6-litre petrol unit was also introduced for the Polo.

If looks are something that determines your decision of buying a pre-owned vehicle, then the Volkswagen Polo would never disappoint you. In fact, the Polo is one of the very few hatchbacks in India that have aged gracefully over time. Overall, the VW Polo sported a clean swept back headlamp design with halogen bulbs that look stylish and modern. On either side of the headlamps was the horizontal grille that has a triple chrome slat design dominated by a large Volkswagen logo at the centre.

The overall design of the VW Polo features minimal creases and body lines that gives it a muscular aesthetic. From the side, the Polo did a superb job in looking like a mean machine with an evidently raised suspension and increased ground clearance of 168 mm. To give it a more sporty appearance, Volkswagen equipped the Polo with sporty alloy wheels.

The Polo was one of India’s most exciting compact hatchbacks back when it was launched. Facing competition from the likes of Hyundai i10 and the Maruti Suzuki Swift, one thing that made the Polo better was its cabin space and grounded stance. With a wheelbase of 2456 mm in its initial years and later 2470 mm in the facelifts, the Polo is more spacious than its competitors. The larger wheelbase of the Polo also gave it comfortable seating and maximum comfort for passengers both at the front as well as the rear, making the pre-owned VW Polo a superb pick for pre-owned hatchback buyers. In fact, as a well-built and spacious hatchback, the Polo is the first pick for many first-time buyers.

Another aspect that makes the Volkswagen Polo a truly capable compact hatchback is its durable build quality. Built with German philosophy, the VW Polo is one of the most durable hatchbacks out there. Even when it was first launched, the Polo was based on a platform that underpinned the Audi A1 back then, a testament to the Polo’s superb build quality.

To add to the already promising package, one of the best things about owning a Volkswagen is its commitment for safety. In fact, Volkswagen Polo is one of the safest hatchbacks and boasts an NCAP Rating of 4 stars, a feat still not achieved by many modern hatchbacks out there. The hatchback comes equipped with advanced occupant safety with Dual airbags, driver and passenger side, Anti-Lock Braking System (ABS) and electronic Anti-theft immobilizer etc.

How old should your pre-owned Volkswagen Polo be?

Thanks to a legacy that spreads across over 10 extraordinary years (2010 to present day), finding a pre-owned Volkswagen Polo has never been quite a difficult task. But with all kinds of Volkswagen Polo flooding the pre-owned market, bringing home the perfect VW Polo surely needs attention.

With that said, it is recommended that you carefully consider variants that were manufactured from 2010 to 2012, mostly due to the cars nearing their 10 year lifespan for the diesel variants as well as first generation models missing features that are essential today. The best experience of driving and owning a Polo can be found in models between 2014 and 2020.

What to look out for when you buy a Volkswagen Polo?

Quite a common problem onboard early Highline and Highline Plus models, is an issue with the electrical power windows. As the vehicle ages, the windows on these two variants tend to move very slowly or with evident obstruction. If not fixed on time, this problem can lead to the windows getting jammed as well as causing the window up/down button to become completely unresponsive, requiring a replacement.

It is believed that this jamming of windows is caused due to accumulation of debris within the channels of the windows. This obstruction puts excessive stress on the motor causing it to burn out and causes the entire channel to fail. So if you are eyeing a pre-owned Polo Highline and Highline Plus, make sure to check out the power windows.

With turbocharged vehicles becoming quite the trend, everyone wants to get their hand on a turbocharged engine. While there is no doubt that the TDI and TSI engines of the Polo are highly capable, they are also associated with a common problem that haunts Polo owners. Specifically for the Polo TSI, there have been several reports of leaks that could occur from the sending unit, fuel pump, high-pressure lift pump, or in the fuel lines themselves. Thus, we would advise taking a highly trained mechanic along and diagnose any or every issue that can arise from a faulty fuel system.

Another common problem reported by Polo owners is the fact that the windscreen washer tends to malfunction. The washers either produce a very weak jet or spray no water at all. The root-case of this issue is the split water jet pipes, which are known to be quite fragile. When these pipes crack, it poses a great threat to the electrical components of the engine inside as water can leak around the circuit, which can lead to a much bigger and more expensive problem. Therefore make sure to check it out during the test drive before bringing home the pre-owned Polo.

Irrespective of which model you are considering, one thing that you should definitely look out for is a worn out suspension which can cost a fortune to replace and repair. To check any possible faults with the suspensions, take out the pre-owned Volkswagen Polo on a ride over a few bumps and carefully listen to any rattling or signs that signify a worn out suspension.

Another important thing to check, whenever you choose to buy a pre-owned Volkswagen is to make sure you go through the service history of the vehicle and look for regular services of highly used components such as air filter, spark plug and throttle body.

How much should a pre-owned VW Polo cost?

A question that might pop up in the minds of many potential buyers, choosing a pre-owned Volkswagen Polo can actually be a great choice. Talking about whether the Polo is a good choice in 2021, well the simple answer would be yes!

As hatchbacks continue to be a hot selling product in the pre-owned market, the Volkswagen Polo is a promising vehicle that will give you a sense of pride. No matter which variant of the Volkswagen Polo you pick up, each variant delivers a whole new level of solid and sturdy looks, coupled with an impressive engine spectrum, classy and roomy interiors and a tough bodyline. Adding to the list of pros, don’t forget that the Volkswagen Polo comes with 4-star safety levels. Buying a used VW Polo is a sensible choice to satiate the enthusiast driver in you.

Is a used Volkswagen Polo a good car to buy?

A used VW Polo is an exceptional car to buy as it offers premium features, durable build quality and performance-oriented engines at a very affordable price.

Is a VW Polo worth the money?

In 2021, a new VW Polo offers great features for the money along with 4-star NCAP safety rating. Additionally, used VW Polo cars offer the same features at a much lower price.

What variants of used Polo are the best?

The variants of used VW Polo to consider are the Polo Highline, Polo Highline Plus, and Polo GT TSI variants. These cars are offered with manual and automatic transmissions as well as TSI turbo petrol engines.

Is Volkswagen Polo a good car for beginners?

The compact dimensions and responsive handling make the Volkswagen Polo a great car for beginners to drive.

Which Volkswagen Polo engine is the best?

The 1.2-litre TSI engine is the most sought after engine in the VW Polo. These are only available in early Polo GT TSI models. For a balance between power and performance, the 1.0-litre TSI is the best engine for the VW Polo. 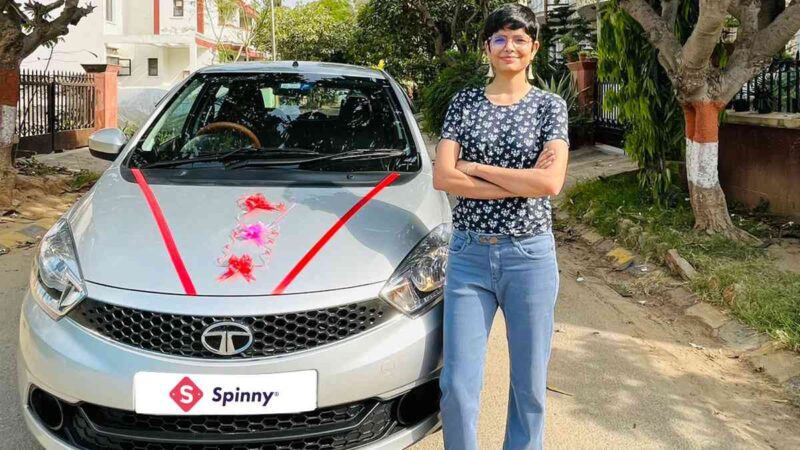