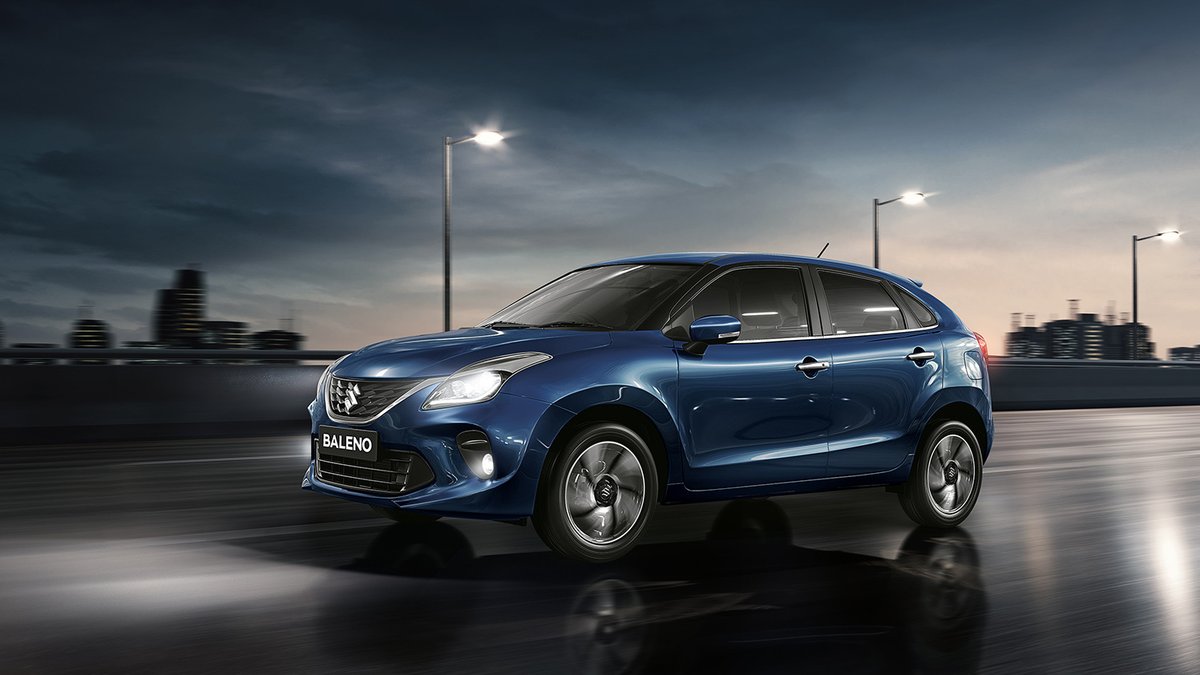 Cars are not just vehicles; they are a feeling; a feeling of pride, wherever you go. And while there may be a lot of cars out there, only a few are genuinely capable of becoming more than just a car; a reliable companion. And talking about reliability, there is one carmaker that has never failed to strike a chord; yes it is Maruti. And when it comes to hatchbacks, there nobody else that does it better. And this is pretty evident with the Maruti Suzuki Baleno. Launched in 2015, this 5-seater subcompact hatchback has come a long way. Registering over 6 lakhs unit sold in merely 44 months, Baleno has held a massive 29% of the premium hatchback segment. In this review, we have an in-depth look at what makes the Baleno a dominant premium hatchback and its evolution over time.

When it was first launched in 2015, the word Baleno was famously associated with Maruti’s flagship sedan of the 2000s. But just like the then dominating sedan Baleno, the newly launched Baleno hatchback was nothing short of sheer excellence.

Built with Maruti’s Liquid Flow Design language, the Baleno is bigger and wider than the older sedan. In term of styling, the Baleno offered a masculine front profile dominated by a black grille subtle coupled with chrome at the bottom which later infuses into the headlights. The Baleno was also topped with projector headlamps and DRLs to give it a nice and modern stance. In terms of the side profile, the Maruti Suzuki Baleno was built with a smooth and curvaceous design. The hunched up posture of the Baleno from the rear gave it a bossy look, while the rear bumper was neatly built with integrated reflectors and a shiny chrome bar.

But for those who were still looking to get more, Maruti delivered just what everyone wanted with the 2019 Baleno facelift. Built on the all-new HEARTECT platform, the new Baleno is equipped with a new 3-dimensional detailed grill giving the Baleno an even wider stance. Apart from other minor cosmetic changes such as the fog lamps moving closer to the headlamps, there is now the inclusion of LED projector headlight with dynamic DRLs as standard as compared to the xenon lighting in the 2015 version. In terms of the side profile, nothing much has changed other than the newly introduced dual-tone alloys. From the rear, the car remains the same with a minor tweak in the tail light.

Maruti Suzuki is often criticized for its cramped and basic interiors and a lack of space. However, all this changed with the Maruti Suzuki Baleno. The only thing that was left to look a bit familiar was the three-spoke steering wheel, which was Maruti’s signature design. The interiors of the 2015-2018 Baleno were designed to give it a modern and sporty look. The all-black theme integrated into the Baleno was a something completely different from the beige and bright interiors featuring in its competitors. The Baleno was beautifully given a 4.2 inch illuminating TFT MID with the tachometer and speedometer on either side. The display was kept animated and showed all crucial information including distance to empty, temperature, instant and average fuel efficiency and much more.

The wide V-shaped dashboard was cleverly designed with elements highlighted with silver accents. The centre console had an integrated 7-inch infotainment system that offered the connectivity of AUX, USB and Bluetooth along with GPS navigation.

In terms of space, the Baleno gave its competitors a run for their money with its super spacious cabin and comfortable fabric upholstery. Inclusions such as the front headrest and ample bottle holders gave the Baleno a practical approach. The boot was decently spaced at 339-litres, making room for luggage and whatnot.

The 2019 facelift version of the Baleno went a step further to provide new and refreshed blue-black interiors with the touch infotainment now supporting not just apple car play but also android auto.

To deliver a promising performance, the Baleno was launched with a 1.2-litre K12 engine that delivered a maximum of 85 PS of power and 115 Nm of peak torque tied to a 5-speed manual gearbox and a CVT automatic gearbox, which is perfectly suited for a city driving. Overall, the K12 engine was refined and smooth and returned a segment-leading mileage of 21.4 kmpl. For the diesel lovers, the Baleno featured a known 1.3 Liter Multi Jet DDiS unit that delivered a maximum power of 75 Ps with a peak torque of 190 Nm. The diesel engine was lighter and faster than its petrol counterpart giving the Baleno a great initial pickup. Though the diesel variant took a lot of sound inside the cabin, what really impressed the buyers was Baleno’s massive diesel mileage of 27.39 Kmpl.

Even in the facelift variant, not much has actually changed as Maruti continues to offer the same 1.2-litre petrol and 1.3-litre diesel engine. However, what matters the most is that the facelift Baleno now features a BS6 compliant engine.

In terms of ride quality, the Baleno was made lighter than all other Maruti hatchbacks giving it a smooth and sturdy ride, no matter what the road conditions were. The suspension and chassis were strongly built making the Baleno safe for sharp turns and sudden lane changes. The steering wheel gets heavy during high speeds and is as responsive to the driver’s command.

In the safety department, while the 2015 Baleno offered features like dual front airbags, ABS with EBD and ISOFIX seats, the facelift version also gets co-driver seatbelt alert, rear parking sensor and speed alert system as standard across all variants. The 2016 version Baleno scored an impressive 4 stars in the euro NCAP with safety equipment.

Maintaining its dominance for 5 long years, Baleno has managed to woo more than 6.5 lakh happy customers. No matter which Baleno you settle for, each variant delivers not just premium looks and aesthetics, but also safe and tough ride quality.

The Baleno has always been competitively priced to match competitors like the Hyundai i-20, Toyota Glanza, Volkswagen Polo, Honda Jazz, etc., the current version of the Maruti Suzuki Baleno comes in 13 different variants and 6 different colours to choose from with a starting price of Rs 5.63 lakh going all the way up to Rs 8.93 lakhs. (ex-showroom Delhi)

One thing that makes Maruti cars the most popular choice in the pre-owned vehicle industry is its low depreciation and engine durability. In terms of pricing, you can bring home a Baleno for an average price of Rs 5 to 6 Lakhs for a 2015-16 variant, while newer facelift variants can be purchased at an average price of Rs 7-7.5 Lakhs (2019).

For best deals and certified pre-owned cars, visit spinny.com and bring home your next dream car.

Whether you buy a brand-new Baleno or a pre-owned one, Maruti’s fuel efficiency and low maintenance cost will surely make your purchase, pretty cost-efficient. And to add a cherry on top don’t forget that the all-new Baleno is capable of churning out a maximum mileage of 27.39 Kmpl!

To summarize, the Maruti Suzuki Baleno is a complete package that offers Maruti’s signature HEARTECT platform, dual-tone interiors and rough-and-tough ride quality coupled with a refined and efficient engine that is BS6 Compliant. And with Maruti’s nationwide sales and service network, you can be assured of a peaceful after sales experience.

And if you are looking for a place where you can buy certified pre-owned cars with a 5-day money-back guarantee, then visit Spinny’s nearest car hub today!