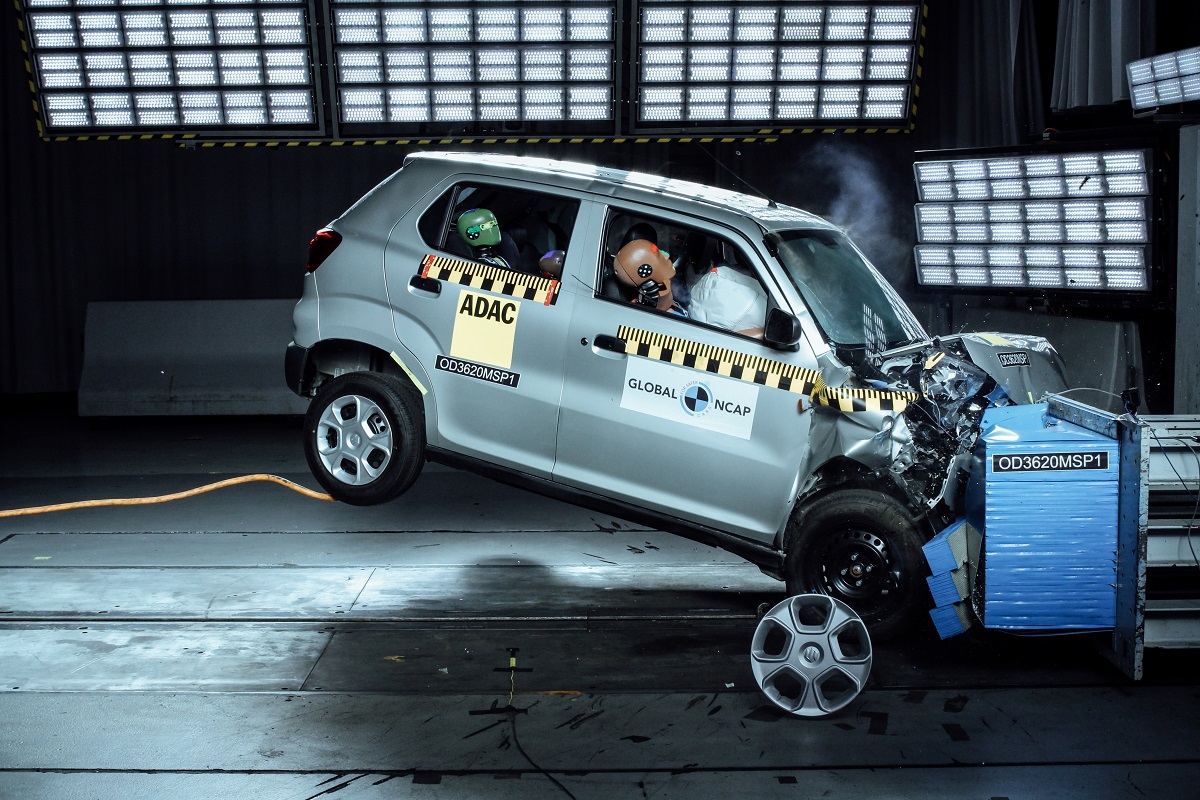 India’s Automobile Safety Standards: Where do we stand?

India is a notoriously unsafe place to drive, with the world’s high road accident deaths in 2019. Suffice to say, any way to reduce the chance of death on the road, will be a welcome one. Recently, automotive safety standards have come into sharp focus due to the India-spec Maruti Suzuki S-Presso failing the Global NCAP crash test.

This latest development has left many wondering whether India-spec cars are safe to drive. We’ll explore this very question in an attempt to highlight the current state of automotive safety in India and where it is headed in the future.

We have come a long way from the early days of driver-side airbags being an option on India-spec cars. Safety features like airbags, seatbelt pretensioners, and anti-locking brake systems (ABS) are becoming increasingly important. However, even with progress in the safety offerings, compared to export-spec cars, India-spec cars appear to be built to a different standard. This is particularly unsettling as the South Africa version of the Maruti Suzuki S-Presso is safer than the India-spec car.

While it is true that export models are built to the standards of the destination country, the gap in terms of safety features would suggest a lack of priority on automotive safety. On the contrary,  the Indian government is taking steps to introduce the Bharat New Vehicle Safety Assessment Program (BNVSAP), India’s own New Car Assessment Program, as the safety rating agency in India. India’s safety assessment program is being developed to be in line with the Global NCAP standards of safety.

At the same time, car buyers are placing greater emphasis on safety features and are also willing to pay the premium for them. So, while the government works out the finer details of the program, manufacturers have already started selling cars that adhere to these safety standards. This means every manufacturer, foreign and domestic, today has cars that are much safer than the cars manufactured a decade ago.

A decade ago, people would always bemoan the lack of feature parity between India-spec and international-spec cars. Today, the variety of features on offer has made buying a car more complex. In terms of safety, airbags and ABS have become standard equipment on even entry-level cars.

Mahindra and Tata have become the standard bearers of safety in India, with a minimum 4 star NCAP safety rating becoming the norm. Manufacturers in India are moving past their utilitarian reputations and are showing that they can offer world-class safety in their cars. The capacity and technical knowledge to build safe cars in India is ready.

Foreign manufacturers are also not too far behind in offering safer cars. Around 2015, Volkswagen and Ford were one of the first manufacturers to offer dual front airbags as standard in an effort to differentiate themselves from the more budget oriented cars at the time. In the space of a decade, ignorance of safety standards has given way to safety becoming a top priority for all manufacturers and car buyers. With the BNVSAP on the horizon, cars in India are set to become more safer.

Looking to the Future

For Maruti Suzuki, it is an easy fix where certain optional safety features can be made standardised across the range. For Indian cars in general, safety features are going to become increasingly more standardised. More manufacturers are now building cars with improved crash protection as well as pedestrian collision protection.

The formal introduction of the BNVSAP would make safety a standard feature of vehicular mobility in India. It would also greatly benefit consumers who are looking to buy new and used cars, as any car they choose will be safe for them and their families. Crash tests like that of the Maruti Suzuki S-Presso highlight the areas where we need to improve. On the other hand, the high standards of safety exhibited by Mahindra and Tata show that India isn’t too far from reducing road accident fatalities in the near future.