No country for fast cars – in a market obsessed with fuel efficiency, it’s tempting to arrive at that conclusion. It’s also easy to assume that, in India, performance in a straight line is the domain of the rich; with the fastest car available being the Porsche 911 Turbo S, doing 0-100 km/h in just 2.7 seconds but costing an eye-watering Rs 3.08 crore.

The good news is, there are quite a few outlier cars today that refuse to comply with those assumptions. As the list we’ve drawn up below shows, some of the fastest cars in India can be yours for under Rs 20 lakh. To top it, the list also includes India’s best fastest cars across segments and price points under the Rs 20 lakh mark.

Compared to its naturally aspirated avatar, the turbo Altroz is a veritable hot hatch that can hit the ton in around 12 seconds. More impressively, and in keeping with a signature Tata trait, the Altroz is utterly stable at triple-digit speeds, making it an apt highway warrior. The Altroz achieves this courtesy of a 1.2-litre turbocharged petrol engine that puts out 110 PS of power and 140 Nm of torque, mated to a 5-speed manual transmission. Apart from performance, the Altroz also excels in passenger safety as it’s the only car in its segment to get a 5-star crash test rating by GNCAP.

Inspired by the brand’s ‘N’ range of high-performance cars, Hyundai’s N Line series offers distinctive styling and performance improvements compared to stock cars. The i20 N Line, in this instance, gets unique styling cues and improved hardware such as stiffer dampers (to help reduce body roll under hard cornering) and a weightier steering wheel. The car is powered by a 1-litre turbo petrol engine that churns out a prodigious 120 PS of power and 172 Nm of torque. The latter is sent to the front wheels via either a 7-speed DCT (dual clutch transmission) or 6-speed iMT (intelligent manual transmission) gearbox, thus ensuring the car’s brisk performance doesn’t come at the cost of ease of driving, and vice versa.

The Creta offers a variety of engine options but it’s the 1.4-litre turbo petrol that should be your choice for outright acceleration. The engine’s 140 PS of power and 242 Nm of torque propel the SUV from 0 to 100kmph in a shade under 11 seconds, while helping it clock speeds in excess of 175kmph given a clear stretch of road. What’s commendable is that these figures are achieved sans a manual gearbox as Hyundai offers this variant of the Creta with only a 7-speed DCT box, albeit with paddle shifters that allow you to exploit the powerful engine to its fullest. Being a midsize SUV, the Creta is also supremely stable and comfortable at high speeds, making it the perfect mile-muncher.

The 5th generation is arguably the most well-rounded Honda City yet, as it offers a fine balance of performance and practicality. Powered by a new 1.5-litre i-VTEC engine, the City does the 100kmph dash in a shade over 10 seconds. The practical side of this performance is borne out by the engine’s fantastic tractability, as you don’t have to constantly work the 6-speed manual gearbox to use the 121 PS of power and 145 Nm of peak torque on offer. The City is also at home at higher speeds as its engine now gets a DOHC (Dual Overhead Cams) setup, as opposed to the SOHC (Single Overhead Cam) engines of the previous cars. In a DOHC arrangement, the inlet and exhaust valves of an engine’s cylinders are operated by two separate camshafts, compared to just one camshaft for both sets of valves in a SOHC engine. As a result, a DOHC engine achieves more efficient fuel combustion, leading to a smoother driving experience and more performance at higher rev ranges.

The Grand i10 Nios Turbo is a pocket rocket that can help you reach speeds in excess of 100kmph in under 10 seconds. There are two main ways the car achieves this. First is a turbo petrol engine with 100 PS of power and 172 Nm of torque mated to a 5-speed manual gearbox and second is a kerb weight of less than 1 tonne. Together, these aspects give the Grand i10 Nios turbo the best power-to-weight ratio among its competitors, some from a segment or two above. And at a price of Rs 8.02 lakh (ex-showroom), it’s by far the most affordable among the fastest cars in India.

The Skoda Kushaq is a rarity in that both its manual and automatic transmission variants are neck and neck in terms of performance. Paired to Skoda’s 1.5-litre TSI turbo petrol engine that produces 150 PS of power and 250 Nm of torque, both transmissions offer brisk performance as they help the car achieve the 100kmph mark in around 9.5 seconds. The Kushaq is also a segment leader when it comes to high-speed stability and ride quality as it can clock over 170kmph on the speedo, unfazed by road imperfections. This is made possible by a stiff MQB chassis and a balanced suspension setup that give the Kushaq sedan-like composure at high speeds and around corners.

Mahindra’s flagship SUV has been making waves for its technological wizardry, and rightfully so. But the car’s outright performance isn’t talked about enough as it can go from 0 to 100kmph in close to 9 seconds while achieving top speeds over 190kmph. Helping the car do so is a turbocharged 2.0-litre petrol engine that produces 200 PS of power and a massive 380 Nm of torque. While it’s the 6-speed manual transmission variant of the XUV700 that’s the fastest, the 6-speed automatic is no slouch as it brings up the 100kmph mark in less than 10 seconds. Thanks to the car’s independent suspension setup and a near 2-tonne weight, reaching and staying at high speeds is a stable and enjoyable affair.

The Kia Seltos dusts off the 100kmph figure in less than 9 seconds, making it the quickest ICE-powered midsize SUV among the fastest cars in India under Rs 20 lakh. More notably, the Seltos is powered by the same 1.4-litre turbo petrol engine in the Hyundai Creta, albeit with an additional 6-speed manual transmission option apart from the 7-speed DCT automatic unit. And that has made all the difference as the manual gearbox with its taller gearing allows you to rev the engine as high as possible in each gear before upshifting. While the DCT gearbox wouldn’t allow this level of control, its paddle shifters make for an engaging driving experience with a 0-100kmph figure of under 10 seconds.

The Slavia is powered by a 1.5-litre petrol turbo engine that’s good for 150 PS of power and an impressive 250 Nm of torque. These figures propel the car to the 100kmph mark in less than 9 seconds and to speeds in excess of 180kmph, making it the quickest sedan among the fastest cars in India under Rs 20 lakh. But the manner of power delivery is what makes the Slavia a driver’s delight. The sedan’s low-slung stance and long-travel suspension ensure stability at high speeds. While this performance does come at a high sticker price, there’s also the option of buying the Slavia with a smaller 1-litre petrol turbo engine that does the 0-100kmph dash in roughly 11 seconds. As for the transmission, you can choose from a 6-speed manual, a 6-speed torque converter, or a 7-speed DSG unit.

The only electric car in this list is also its fastest, with the Mahindra XUV400 reaching 100kmph from a standstill in a mere 8.7 seconds. While the car’s power output of 152 PS & 310 Nm might not sound earth-shattering, remember that most of that torque is instantaneously available. This is a hallmark of electric motor-powered cars, enabling them to zap most of their ICE-powered cars in terms of acceleration. The XUV 400 can also reach speeds of about 160kmph and coupled with a claimed range of 456km, this is one electric car that can be the only car in your garage. While Mahindra is yet to share the price, it’s expected that the XUV400 will start well under the Rs 20 lakh mark upon launch.

That sums up our list of the fastest cars in India below Rs 20 lakh. Most of these cars offer a fine balance between performance and practicality, meaning you don’t have to sacrifice creature comforts or blow a hole in your wallet in the need for speed. Spanning body styles and segments as diverse as small cars, full-fledged sedans, muscular SUVs, and even EVs, these outlier cars make it possible for you to talk about performance and affordability in the same breath.

Q. Which car has the best pick-up amongst the fastest cars in India?

A. Under the Rs 20 lakh mark, the Mahindra XUV 400 has the best pickup among the fastest cars in India as it takes just 8.7 seconds to reach 0-100kmph.

Q. Which car delivers the best mileage among the fastest cars in India? 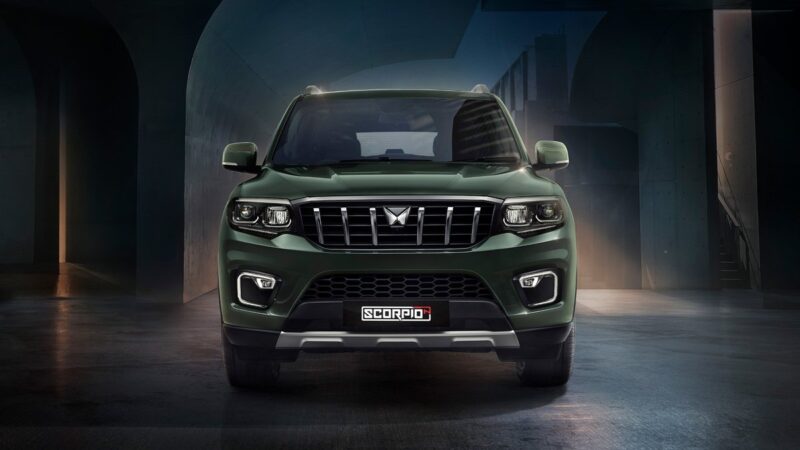 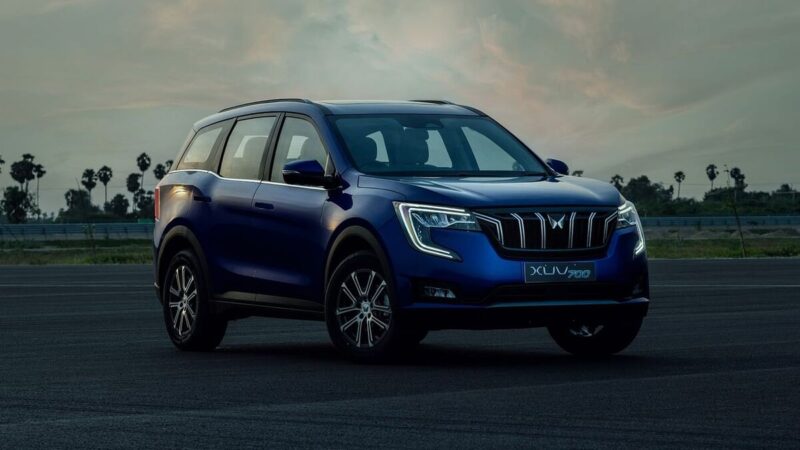